This week, I am featuring a guest article from BearMoney Blog. Bearmoney is a no-nonsense personal finance blog from Canada that focuses on achieving financial and personal balance. Their articles take a number-driven approach to common sense finance. This week they have turned their attention to issues of economic inequality for us.

We have all heard the sage advice about becoming a millionaire – invest $500 a month in an index fund and compound it for 30 years.

This is a simple and universally accepted piece of advice in the personal finance community. But what does it actually require below the surface?

All advice is somewhat generalized, this is part of getting the message out to the broader public. However, we need to know just what it takes to get our $500 so that we can put our journeys and those of our audiences into context.

It turns out that, like most things, this common-sense rule for life is built on a platform of privilege only enjoyed by a small minority of the planet. Even if we account for purchasing power, the strawman investor leaves a lot of important social issues at the side.

So just who is this ‘$500 a month investor’? Is it a salaried professional, a wage worker, certain age group? In reality there is a  range of people who can squirrel away $6,000 a year into their investments. It is not however, a huge range.

Actual metrics about spending money are skewed significantly by wealth inequality, especially in countries like the United States but it is safe to take median incomes and try to figure out who our investor is.

If we assume that our investor lives in Boulder, Colorado and earns the median single person’s income they would be left with approximately $29,500 for living costs and investing.

We assume that this person lives frugally and shares a home, meaning that could just about have $6,000 spare for investing.  This is, of course. assuming that their healthcare costs are negligible.

So our most basic investor is going to be a single, 20-24 year old man or a similar/slighter older woman.  In an ideal world though, both of these people are going to need to be significantly above median earnings to invest enough money, so, let’s pick a nice round figure of $50,000.

This means that for the United States, we have discounted 28% of individuals already. We’ve also excluded most of the entire world, in fact, we’ve excluded 99% of planet earth, even when accounting for local price differences.

So, before we even talk about the topic at hand, our advice applies to a pool of roughly 800 million people worldwide. Given that globally the average income for women is significantly lower (almost a 2:1 ratio), that would mean that the majority of our 800 million investors are men.

So, the ratios are bad, but surely these ‘fortunate’ women earning more than $50,000 can compound as much as her male colleagues and come away a millionaire by retirement*, right? Not even slightly.

The ‘Gender Pay Gap’ is a contentious issue. Aside from chauvinism, there are serious issues with the repeating of inaccurate or plainly false statistics by activists and political personalities.

The core issue is one of statistical rigor. There is a demand for an easy to repeat unified statistic about the ‘gender pay gap’ when in reality multiple nuanced gaps in pay between the sexes exist. We are going to try to tax the lowest possible number to avoid crie of bias.

In a ‘Western Sense’, we are talking somewhere between 12-30 % gap in terms of an overall ‘gender gap’ but when we look closely at the pay gap incomparable work, we find something close to 10%. This effectively means that in the most equal scenario our Strawwoman investor is likely to earn $0.90 per every $1 earned by a similar male counterpart. So now our ‘$50,000 Woman’ has to become a $55,000 worker to fit into our mold. Of course, then we have the issue of the ‘market value of jobs that are societally seen as ‘female’.

This ‘10% disadvantage’ could easily be overcome by a lot of women if they existed in a vacuum. Unfortunately, most women in OECD countries exist in societies that have been shaped by gender roles that almost uniformly lead to their economic disadvantage.

There is apparently ‘women’s work’ and ‘men’s work’ which is an immutable law of the universe. The argument for this is usually made by taking extremely physically risky work such as working on oil rigs and highlighting the risk and pay fairness in that compared to say, nursing.

Anybody who has worked in a hospital setting will know that it is never a low-risk setting. The problem with this argument is that it presupposes that society has zero impact on the contributing factors in women’s career choices.

Everything from education levels, experience opportunities, to the attitudes of broader society have an impact on these choices.

This creates a double-edged sword of low-paid female-dominated careers and unequally paid gender balanced careers. This means a tradeoff between escaping the worst of the pay gap at the price of economic mobility. If this tradeoff is rejected and a ‘gender neutral’ career path is chosen, we revert to another unequal burden: Domestic Labor and The Motherhood Penalty.

There are a large number of primitive minded people out there, especially across social media. It is no surprise to anybody that large reactionary movements have sprung up against any brand of feminism or equality.

Women still carry out the vast majority of domestic labor in a household. This is purported to be the ‘natural state’ of affairs by many people wearing red hats. There’s not enough space here to unpack the nuances of the spectrum of sexist ideas between soft conservatism and hardcore fundamentalism.

The only important factor here is that this unequal division of labor is an opportunity cost for women that decreases their economic mobility in relative terms.

If a man can work 25 hours on a side business but a woman has only half that time, she will either need to be twice as efficient or settle for half the results, all things being equal.

The same is true when women decide to have children (if indeed they are provided with bodily autonomy). Women who take time off work to have children lose out on significant earning potential as well as spend a lot of time trying to make up lost experience.

In addition, companies are less likely to hire and promote women based on the assumption that they will only be able to keep them as a resource for a relatively short period of time. Effectively, the woman will want to have kids and this makes her less ‘useful’ than a male alternative.

This attitude is still pervasive today, especially in backwards working cultures like the United State which has very poor maternity leave provisions. Ironically enough, it seems like this would not be able to legislate out the issue.

In a very rare instance in the conveyor belt of inequality, it seems that the most efficient way to fix the issues of ‘women’s role’ is compulsory parental leave covering both partners. In fact, most of the best countries in combating the gender pay gap have adopted these systems.

Until such a system is universal, however, there will remain added pay disadvantage. With less pay, it would seem only fair that women’s products cost less. You would think this but no…

The absolute most ridiculous part of this whole situation is the so-called ‘pink premium’. This refers to the extra costs born by women to purchase functionally identical or comparable goods/services due to the fact that they are marketed towards women.

Leaving aside arguments about the problematic nature of gendered products anyway, this means that a large portion of things that women buy for themselves are up to 50% more expensive. While not so start in the ‘personal care’ category (about 13%) it should be viewed alongside our earlier point that women are socially and professionally pressured to utilize more of these products than men.

This means getting stung twice for scope of products bought and their price. There’s also the third monetary sucker punch of the luxury taxes on feminine hygiene products.

It is also worth noting that this affects women at all ages. Even gendered toys have a markup when they’re ‘girly’. It’s also not just limited to discretionary expenditure, women are also hit with extra fees across many financial products too.

The message is clear – buy more and spend more.

So, what does this all actually mean? Well, we could argue until the cows come home about the different social and economic forces at play and their effect on female economic mobility.

We could also have a healthy discussion and pay equity and the systems we use to measure inequality.

Irrespective of any of this though, we have to accept that there is at least some compounded economic inequality between the sexes. We have established that a 10% gender pay gap is a very comfortable floor to work with.

That enough should be an issue without adding on top extra economic costs, unequal domestic labor division, and work cultures. Would these add an extra 5%, 15%? It is unclear.

What is absolutely clear is that what the Strawman gets for one hour of his labor in terms of purchasing power is significantly greater than that of the Strawwoman. So what effect does that have on our $1 Million investing strategy?

Considering that these are all generalizations and averages, what can we comfortably say about the strawoman investor?

First of all, we can accept that in any scenario she has to outperform her male peer to come away with the same amount of money per month to invest.

Second, she has less opportunity and greater barriers in getting to that point than a male would.

Finally, she is socially discouraged to a greater extent than the opposite sex into accepting less economic mobility at work and at home.

The compound effect of this is a situation where there are unequal amounts of time and energy spent for the same outcome. Generally speaking this will increase the lowest common denominator success story.

The average woman will be statistically less likely to accumulate 1 million dollars compounded over 30 years. Indeed, it is likely that due to the nature of compound interest, our strawwoman could be left behind by over $250,000 at the end of the term.

4 thoughts on “How Gender Inequality Is Affecting Women’s Wealth” 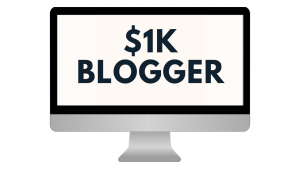